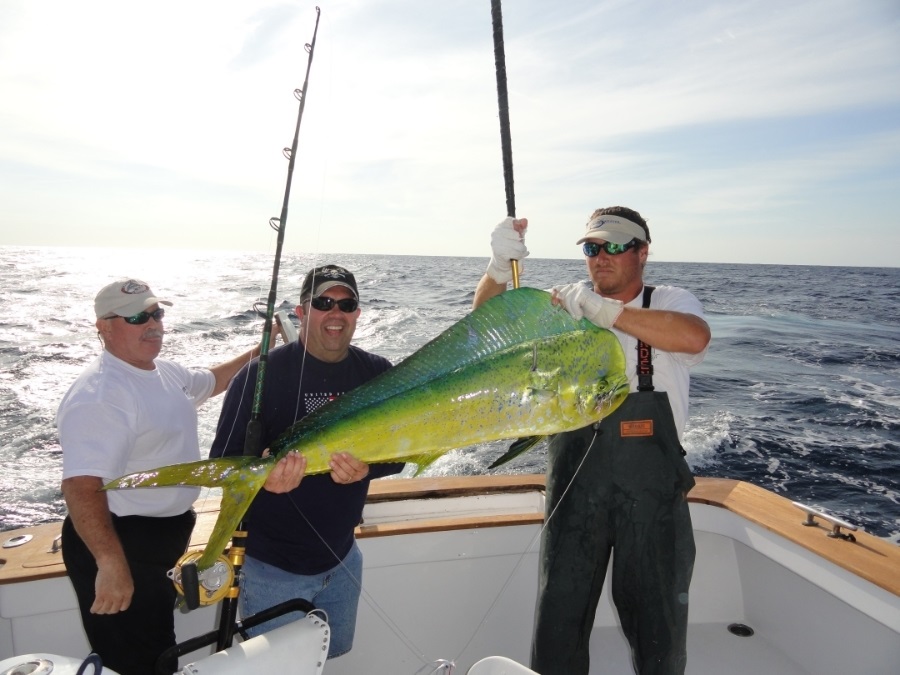 The important thing to remember about gulf stream fishing out of Oregon Inlet is that we have something to offer all year.  The time of year a trip is scheduled can help give you the best chance at experiencing the type of trip you are after.

Don't accept the misconception that fishing is better at certain times of the year than others.  All trips have the potential to produce incredible fishing memories!

At any point during a given season a charter is likely to experience some incredible tuna action.

Different seasons produce more consistent action but our most consistent tuna fishing falls during the cooler months, simply because we are more likely to target tuna during these months.

Tuna is the primary species we catch during the cooler months of the year.

Dolphin frequent our waters during the warmer seasons.

The waters outside of Oregon Inlet is an exciting and productive fishery that is likely to produce fast action and quality table fare.

It usually starts with the larger gaffer dolphin in early spring.  As the warmer season progresses, we begin to see fewer of the larger dolphin so our focus switches to the smaller dolphin, we call bailers.  Again, fast action and great table fare!

Booking a charter fishing trip aboard the Trophy Hunter in the warmer months, you will most commonly catch a variety of species inlcuding tuna, dolphin, wahoo, blue marlin, white marlin, and sailfish.

My advice during these months is to be flexible with expectations as we are usually very successful at producing a quality trip with multiple species landed.

Considered to be the peak season for billfish.  Catches are often world class and the action is hot.

If you want to experience consistent billfish action on your charter fishing trip, Mid-August to Mid-September is the time of the year to schedule your next deep sea fishing trip.

Are you ready to battle a fish?

Catching a bluefin of any size is a true fight between the fish and the angler.  Our prime month for tackling a giant bluefin on board the Trophy Hunter is in March.

Often the season is extended early in mid February and runs into mid April.

Please Contact Captain Kenneth if you have any questions or need assistance in scheduling a charter! 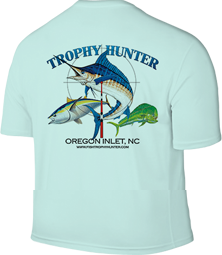 KEEP UP WITH US

Sign up for our newsletter and stay up-to-date on what’s happening with sports fishing and things to do on the Outer Banks.

Submit your email address below:

Thanks for signing up!